Debate president takes on the nation 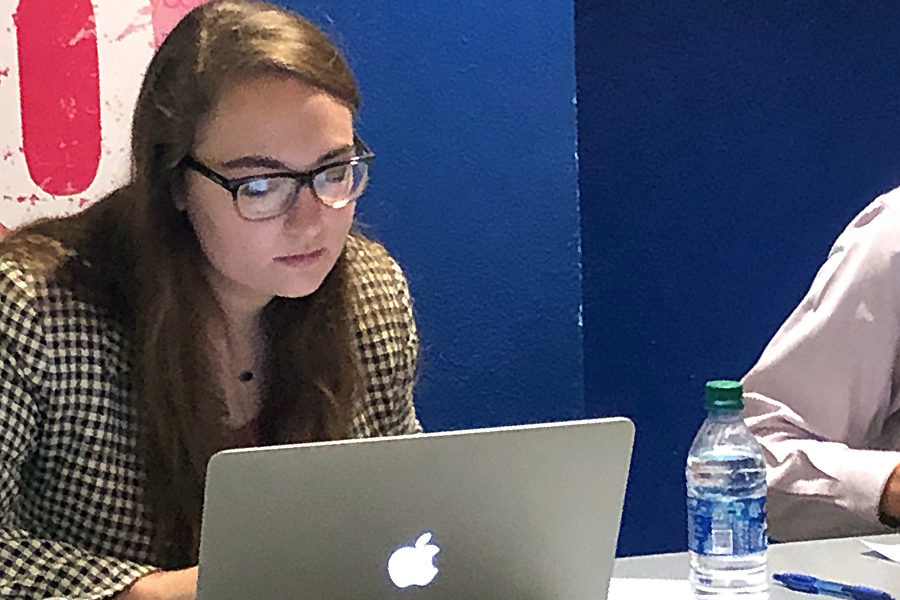 Senior Maddie Aguilar prepares for her second debate of the season at Douglas McArthur High School.

Aguilar joined debate as a freshman wanting to fill a blank spot in her schedule.  Now, she is the defending district debate champion, a two time regional qualifier in extemporaneous (persuasive) speaking, a two time state qualifier, the first national alternate for the Central Texas district, and debate president.

“I one-hundred precent thought she would be debate president,” debate lieutenant Joely English said.  “There’s no one else that could have done it better than Maddie.”

Aguilar plans to begin a parent booster club this year, so the debate team can have the funds to attend competitions more often this season.  She also hopes to begin after school practices in order to have more Smithson Valley debaters qualifying at the state level.

Aguilar joined the debate class as a freshman, and has continued with the class for the past three years.

“I slowly became more interested in debate by just being exposed to the activity through the class,” Aguilar said.  “Debate has made me a much stronger speaker and writer, and it has improved my ability to reason and my ability to fully explain arguments.”

Aguilar has continued to grow her self-confidence throughout her years in debate.

“Without debate, I think I would be a lot quieter,” Aguilar said.  “[It] has really made me more confident in myself and my ability to talk to and in front of people.”

Aguilar has committed an endless amount of long Saturday competitions and immense amounts of effort into debate.

Beginning her last season of debate and gearing up for the future, Aguilar prepares to leave her mark on the debate program.

“I want to be remembered as someone who always worked really hard for things that she cared about,” Aguilar said.  “As somebody who was unafraid to take risks to help improve my program.”