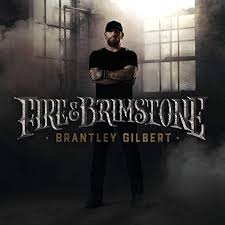 Released on October 4th of this year, Brantley Gilbert’s sixth album, “Fire and Brimstone” hit stores. This album has hit songs like “What Happens in a Small Town” featuring Lindsay Ell, “Bad Boy”, and “Fire’t Up.” Gilbert says “I’m really proud about this album because it’s about all of us… whether you’re a bad boy, you come from a small town, or you’re just a mother and father trying to hang the moon. This record, like many of his others, refers to God being a big part of his life and how God has impacted him personally. The album has 15 total tracks and all songs are co-written by Brantley Gilbert as well as two songs exclusively written by Gilbert himself. Song number four, “What Happens in a Small Town” has been out since late 2018 and has topped at 13 on the Billboard Country Airway Chart back in mid July. Gilbert is wrapping up his 2019 “Not Like Us” tour with Micheal Ray and Lindsey Ell and will begin his “Fire’t Up” tour featuring Dylan Scott and Chase Rice in early 2020.