The mixed emotions towards the brand's controversies 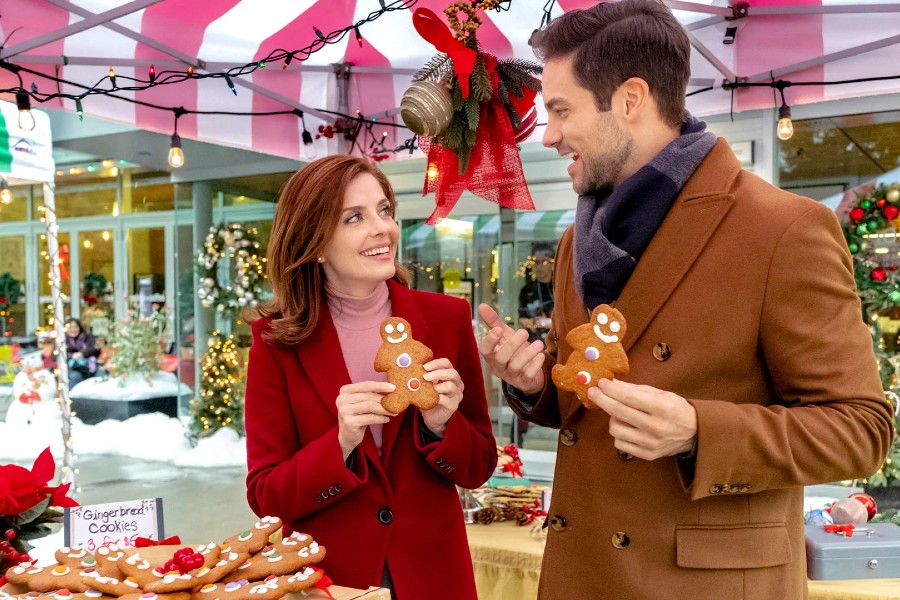 Christmas Hallmark movies are shown daily on the Hallmark channel for their "Count Down to Christmas."

Corny Christmas classics worth the wait

Hallmark movies seem to be the staple of Christmas spirit.  With the comforting plot line of boy meets girl, boy falls in love, boy messes up, then boy and girl kiss and make up, the Hallmark brand is an unchanging classic, but their story line brand is expanding.

As Netflix continues to produce more original content, their Christmas movies are becoming more like the Hallmark brand.  From the Christmas Prince trilogy to the Vanessa Hudgens’ soon to be Christmas classics, Netflix is taking over the holiday movie industry.  Netflix’s cheesy Christmas creations spark hope that “the one” could be just around the corner.

The feel-good Hallmark brand could be interpreted as overplayed, but having a classic, wholesome movie could never be bad.  The endless loop of predictable, corny movies is one of the best things to pair with hot chocolate and fuzzy socks during the holiday season.  At the very least, the Hallmark brand never tries to be something it is not. These holly and jolly movies are made to be exactly as intended, cheerful stories that bring a smile when the credits roll.

Christmas can be quite the stressful time of the year with presents needing to be wrapped and stockings demanding to be stuffed. Christmas love stories provide an escape from the crazy time that is called Christmas.

Most can agree that films can be pretty easy on the mind, as the plot does not require much to follow. Although the endings can may seem obvious, these holiday gems are a perfect way to spend time with loved ones and bring out the holiday spirit.

As enjoyable as the movies might be, Hallmark has repeatedly found itself in controversial topics.  Whether it be lack of racial diversity or sexual orientation, the channel continues to receive backlash for being too traditional and then being too progressive.

Hallmark’s attempt to address and change aspects, such as the integration of more racial diversity while still being under fire from more traditional viewers is to be commended.  Their attempt to lean the channel towards a progressive path can be very risky, considering their demographics. Publicly addressing these controversial topics is more than other brands have done.

Hallmark has its quirks, but its family-centered movies are a nice break from the reality of everyday life.  Hallmark’s “Countdown to Christmas” is a wonderful way to fill up the DVR during the holiday season. 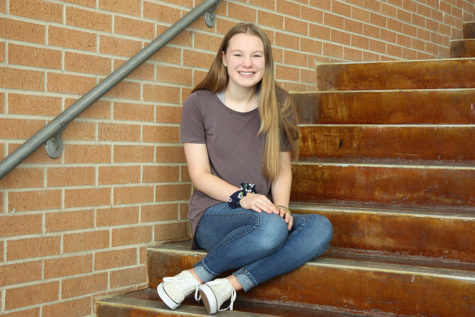 "True terror is to wake up one morning and discover that your high school class is running the country." ~ Kurt Vonnegut

Hey, my name is Tatum Tomallo. I'm a freshman and a writer for the Valley Ventana. I enjoy competing in UIL academics, being a member of student council,... 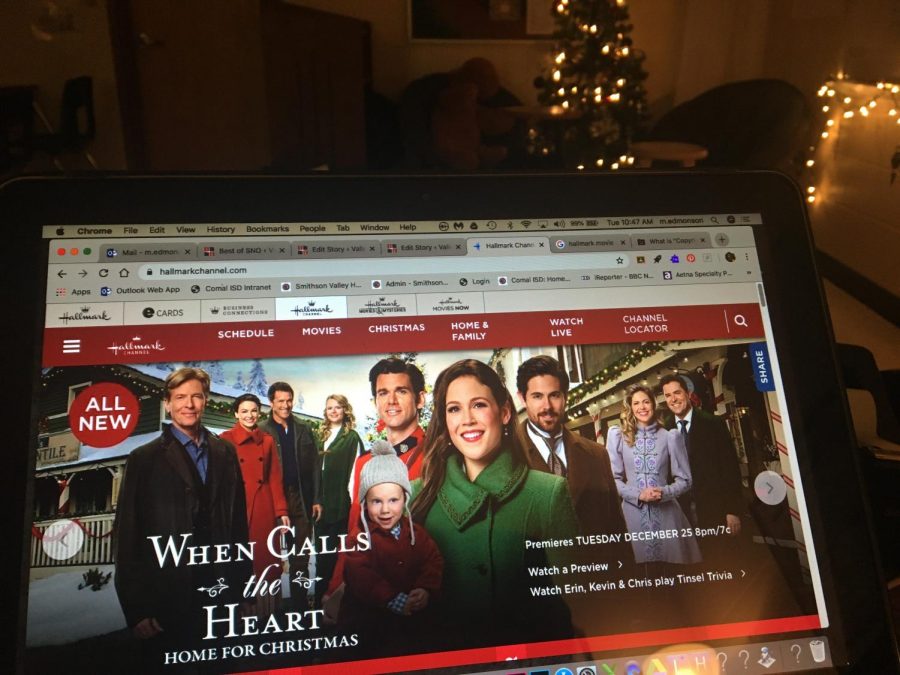 Everything these movies are lacking

In my house, the holiday season doesn’t truly start until my mom starts binging Hallmark movies in the living room.  Every so often I’ll indulge in watching one with her, and every year, she is overjoyed by the cheesiness, and I feel like I’m watching an identical plot with the same C-list cast as last year’s Hallmark lineup. I love a good rom-com as much as the next person, but every Christmas I’m forced to watch the same white, semi-rugged male lead fall in love with the same white, bubbly female co-star.

Sure, it’s nice to be able to watch a feel-good family movie with a plot you don’t have to focus on too hard to follow, but the same cookie-cutter story honestly just shows how lazy the Hallmark writing team has become. Their “newest and latest” movie feels more like a plagiarized paper with a few words here and there changed hastily turned in.

Data from the Hallmark network boasted 72 million viewers, mainly middle aged women in rural areas, during their Countdown to Christmas month-long special, so clearly America is fine with watching these recycled plots, but who’s to guess how many people finish these movies disappointed.

This year’s A Knight Before Christmas, though not technically Hallmark-produced, told the story of a knight teleported his medieval time period  to the present where he falls for a high school science teacher. Ok, admittedly a little out there, the movie still follows the same cliche as the knight helps the cynical teacher played by Vanessa Hudgens believe in the magic of Christmas once again.

A solution to these identical plot lines is Hallmark needs to take a chance on hiring new writers with fresh, teetering on the edge of eccentric, ideas to keep their audience engaged. Different ideas, despite if they were a success or a flop in the minds of critics, tend to get people talking and watching. Any press is good press.

Another glaring problem with Hallmark is its primarily white casting. The producers of the company have attempted to address this issue with this year’s Christmas Everlasting, featuring a mainly all-black cast, but this pathetic feat just brings more into light the lack of diversity of these movies.

A new goal the company could tackle is adding more, or actually any, LGBTQ+ storylines, but this seems like a wistful dream with Hallmark just now exploring the talents of people of color (POC) actors, but perhaps in the next decade or so we could see two men experience a sickeningly-sweet romance on screen, but even just saying that feels like a controversial statement.

Hallmark recently faced backlash for refusing to air a commercial for Zola, a wedding planning service, that featured a same-sex couple’s wedding after receiving pressure from conservative groups that claimed the message wasn’t “family-friendly.”

The TV network’s CEO, Bill Abbot, has attempted to justify their primarily white casting by explaining that much of their filming happens in demographically Caucasian-dominated Canada. Personally, it is  hard to believe there isn’t at least one semi-decent black or Asian actor up north or even one they could find in their budget to fly up for a few weeks of filming.

The company has acknowledged their diversity problem, but it’s hard to believe that the issue is that pressing to them as another all-white cast comes out, and viewers still anticipate the first Asian lead. However with the success of Crazy Rich Asians last year, fans can only hope Hallmark catches on.

This holiday season, don’t be afraid to watch your favorite cheesy Christmas network, but when new movies featuring unique actors and plot lines air, don’t be shy in giving them a shot. Higher TV ratings may show Hallmark producers that the audience truly is open to and craving a diverse story where POC actors take the spotlight rather than forced to the sidelines as the quirky best friend. Representation in the media especially is absolutely critical for society to continue to progress. As families across America settle into their homes to watch a feel-good Hallmark movie,  some can only hope to see their family represented on the screen. 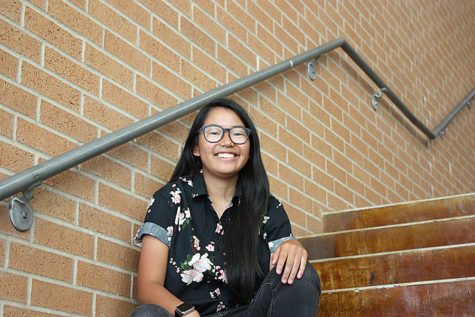 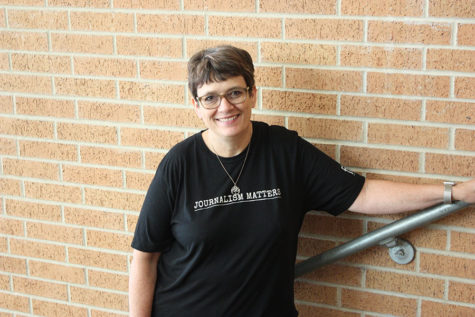