Off the court: Chapter 1 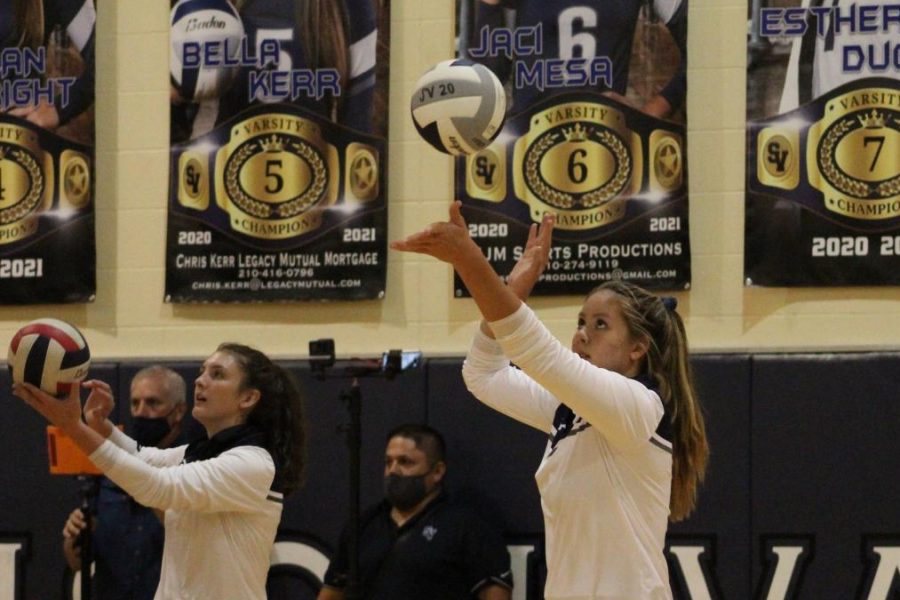 For sophomore Reagan Elizondo, that is what she strives to be.

As a kid, Elizondo participated in dance, volleyball, and basketball. She made the decision to stick to volleyball because of her dream to play in college.

“I knew that if I wanted to go to a Division I college, then I needed to excel in volleyball” Elizondo said.

She made the varsity team as a sophomore and has seen ample playing time as the season progressed.

“I was excited to make the varsity team but kind of intimidated because I didn’t know all the players at first, but then I was really excited to play with them after I got to know them,” Elizondo said.

This season has been all about the wins, but that isn’t Elizondo’s favorite part.

Her favorite match of the season was against the Canyon Cougars.

“Especially because we hadn’t beat Canyon in a while, it was really nice to beat them,” she said. “I wanted to block every ball, like ain’t nobody was gonna hit past me.”

With the team playing to a 10-0 record in district,  Elizondo embraces the team having a target on their back.

“Especially after not making the playoffs last year, it’s nice to know that people want to beat us because we know that we are going to come back harder than they will,” she said.

Elizondo set some personal goals for herself to accomplish as the season goes on.

“Of course, one of my biggest goals is going to the playoffs, and as that comes closer, then it’s going to state,” she said.

Farther down the road, she wants to be a bigger leader and louder voice on the court.

“I want to step up to be a leader when the seniors are gone,” she said. “It’s definitely going to be different when they are gone because they were the group that I was closest with, but I will definitely step up to the plate and make sure the team chemistry is still there.”

For this pin hitter, one word to describe this season is “impeccable, it’s been absolutely impeccable,” she said.

One Response to “Off the court: Chapter 1”