Football’s match with Judson postponed due to COVID-19: sources 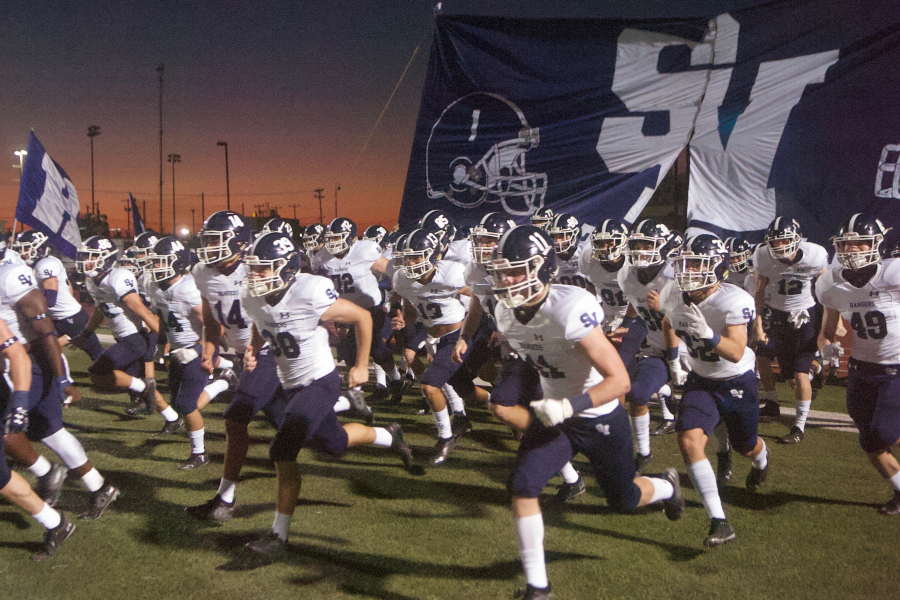 Football charges the field before a loss to Wagner. They'll have an impromptu bye this week after contact tracing at Judson forced this Friday's game to be postponed.

Before the season started, District 27-6A scheduled an extra bye week for each team, as a precautionary measure for this very scenario. That caution has come in handy twice before this week: two matches schedules for Oct. 16, New Braunfels at Smithson Valley and Steele at Wagner were cancelled due to cases at New Braunfels and Wagner, respectively. Coincidentally, both games were made up last week; the team without a previous case won both games.

Each team has two off weeks: a normal bye, sometime during the regular season, and a group bye week just before the playoffs. The Rangers lost their first bye week due to coronavirus issues at New Braunfels, and are now slated to lose their second. From here on out, if any cancellation-worthy issues pop up at Smithson Valley, the cancelled game will count against them as a forfeit loss.

“It’s classic case of, if you get lemons, you make lemonade,” said head football coach Larry Hill. “We didn’t want this, or see it coming, but we will now quickly convert to open week mode. Shorter practices to stay sharp, with some time off built in to recharge.”

This game was heralded as one of the biggest San Antonio-area contests this season: two blue-blood programs in the midst of great runs, fighting for a district title … it had all the makings of a down-to-the-wire showdown. It was so big, in fact, that Thursday Night Lights betrayed the most recognizable part of its brand – Thursday night games – by picking it up as a special Friday edition of the program.

Now, the Rangers have a completely different landscape before them. They finally get some semblance of a bye week (the New Braunfels game was cancelled that Thursday) before taking on an overmatched East Central squad, but they’ll close out the season with a two-game gauntlet against the top two teams in the district, vs. Steele (4-0, 4-2) and at Judson (5-0, 5-1). (Judson also plays at Steele next week, so it’ll be a critical few weeks for all involved parties).

Football will take the field at 7:30 p.m. next Friday at East Central’s Hornet Stadium.