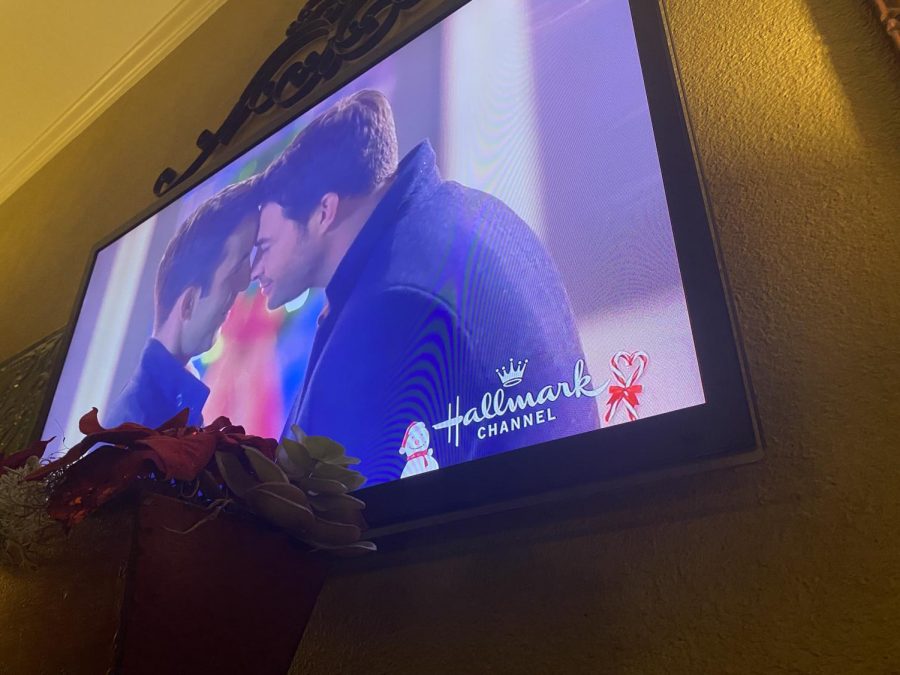 “The Christmas House”, released Nov. 22, sets a precedent as the first Hallmark movie to feature a same-sex couple.

Why this hallmark of a movie ultimately disappoints

We complained and complained (and complained) about Hallmark’s blatant failure in writing/producing Christmas movies that branch away from the same formula where:

To add to the fuss, a lack of racial diversity and LGBTQ+ characters persisted for the duration of the channel’s eight-year Christmas-special run, and thus left an unsavory taste in the mouths of those that would’ve enjoyed those cringey delights for what they are otherwise.

Hallmark heard, and their answer is wrapped up in the product that is A Christmas House, featuring (you guessed it) a same-sex couple for the first time.

The phrase “Don’t celebrate too early” came immediately to mind once the movie began, however. Why? Because the same-sex couple (Jonathan Bennett from 2004’s Mean Girls, and Brad Harder) are resigned to supporting-cast status; the movie instead centers on Bennett’s on-screen brother (Robert Buckley) who’s integrated in the formula we all know and love:

Buckley’s character, a television actor, returns to his hometown before reacquainting himself with his high school sweetheart.

But Bennett and Harder’s characters had it all: they had an interesting plot line (them trying to adopt a child), they had honest and authentic screen presences, and they had the chemistry that the central couple did not.

Their solitary screen time was minimal, but the intimate scenes that focused on just the two of them were nearly enough to save this disastrously dull and uninspired movie that contained choppy and abrupt scenes, laughable flashbacks that looked like how my phone’s camera appears when Vaseline is smudged on its lens (very hazy), cloying and underwhelming acting, and a lame screenplay—what you would normally expect from a Hallmark movie, but of the lowest quality that I’ve seen in a Hallmark movie.

So why couldn’t their story be the driving force behind what’s still considered a groundbreaking movie? Baby steps? A scheme on Hallmark’s end that allows them to proclaim, “Ok. Here’s what audiences wanted, but the gay story line shouldn’t be the focal point of the movie. But hey, at least it’s a double whammy: audiences get what they wanted, and we keep our formula!”?

Maybe this is the first crucial step towards a future of Hallmark movies that will embrace LGBTQ+ characters as primary characters. If this is possible, so is the possibility of more racial diversity.

Let’s take solace in the fact that there’s some momentum going on in a channel that never felt comfortable pushing past its barriers.”

One year later, we receive this much. It may be on the weaker side, but let’s take solace in the fact that there’s some momentum going on in a channel that never felt comfortable pushing past its barriers.