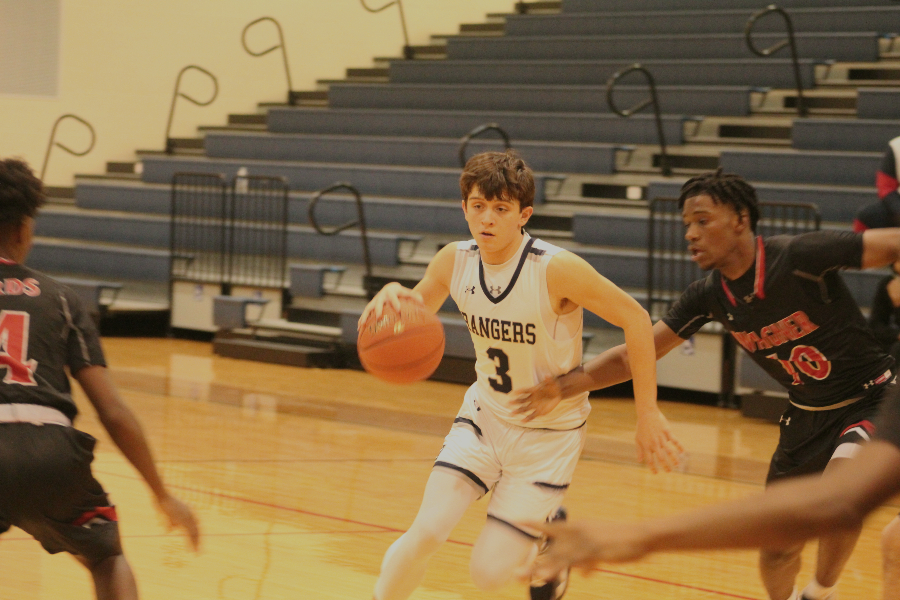 Boys basketball
Boys basketball narrowly missed out on a playoff berth last week, despite several games going their way on Saturday. Judson beat Wagner at 10:00 a.m., the Rangers beat Judson at 2:00 p.m., 79-70, and South San beat Wagner later that afternoon to ensure a South San-Smithson Valley play-in game for the 4th seed. The Bobcats won, 56-51, ending the Rangers’ bid to earn consecutive playoff appearances for the first time since the 1990s.
Girls soccer
Girls soccer travelled to East Central on Feb. 12 to defeat the Hornets 10-1, the goals scored by Jasmin Dominguez, Malia Thalman, Tatianna Herrera, Lucabella Davis, Sabrina Taber, Jewel Mann and Jadelin Castillo. The Rangers tied Steele at home last night 0-0, and they will face Wagner tomorrow at 5:30 to start the second half of district play.
Boys soccer
Boys soccer beat East Central 5-0 on Feb. 12 and defeated fourth place Steele 2-1 last night, moving them to second place in district. The Rangers will play Wagner at home tomorrow night at 7:30.
Swim
Swim has mostly concluded their season, but Laney Skrobanek  advanced to the state championship, for the 100 meter backstroke. The meet will take place on Monday, at the Josh Davis natatorium.
Softball
In their district opener, Softball beat the Wagner Thunderbirds 13-1 . They were led by a home run by Cassie Blevins and a No-Hitter by Seneca Anthony. They will look to keep the momentum going as they head to Dripping Springs for a three day tournament at the end of the week.

Lacrosse will kick off its season on Saturday at Jumbo Evans against Regents School of Austin. Covid shut down the 2020 season early, but in 2019 the team earned a berth in the state title game.