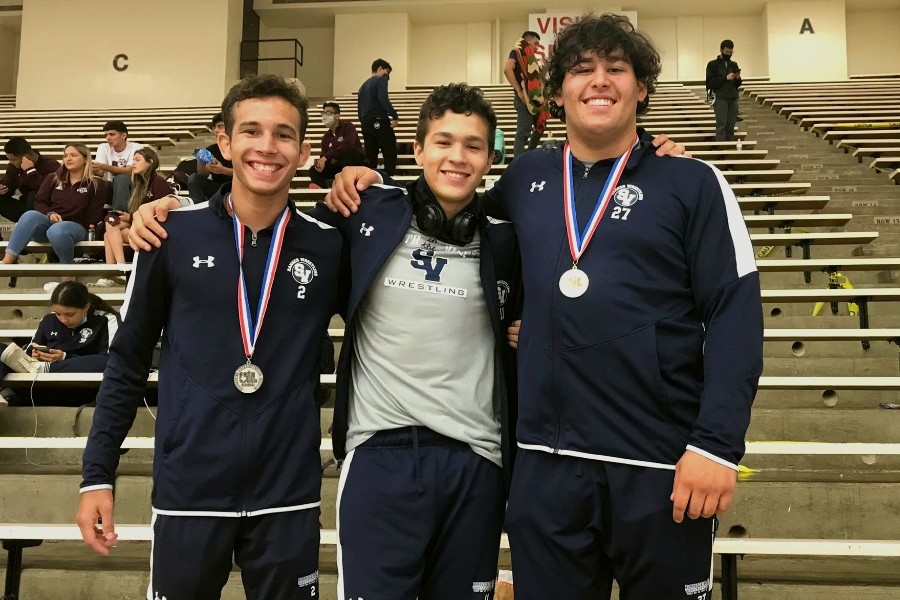 Junior Arizmendez, Ryan Benca and Zarek Holley are advancing to state in Houston this Saturday. Arizmendez placed fourth at region, Holley was a finalist and Benca was regional champion.

Baseball
Baseball bested East Central in five innings on Tuesday, 13-0, behind yet another shutout by Brandon Taylor. Five hitters knocked extra-base hits, including Ryan Ruff (home run), Kasen Wells (two doubles, triple) and Garrett Brooks (two doubles). The win puts the Rangers two games ahead of the Hornets for the top spot in District 27-6A.
Softball
Softball won their final home game of the season on Tuesday over East Central, 3-2, thanks to a Madeline MacDougal’s two-out, walk-off single in the bottom of the seventh inning. Seneca Anthony pitched a complete game, striking out 12 while not allowing an earned run. The Rangers are already eliminated from the playoffs, but they still have a chance to win their season finale on Friday at Steele.
Track
At the area track meet last Wednesday, April 14, senior Amalie Mills set the school and city record for the 800m run with a time of 2:09.61. Jasmyn Singh also set the school record with her 400 time of 56.43. Mills also placed first in the 1600m, Sara Scott placed fourth in the 3200, Ariana Hamza placed fourth in high jump, and Lauren Garrett placed third in pole vault.

All of these athletes as well as the girls 4×100 and 4×400 will advance to regionals. In addition, Tevijon Williams is advancing for the 100m after taking first at area, Jonah Ulbricht is advancing after placing first in pole vault, and the boys 4×400 will advance as well.
Wrestling
Girls wrestling finished at fourth at regionals, and boys placed ninth. Three girls will advance to the State Tournament this Saturday in Houston:  Sage Benca, Selena Sifuentes Shaffer were both regional champions, and Reed Evans placed fourth. Junior Arizmendez placed fourth, Zarek Holley was a regional finalist, and Ryan Benca was regional champion, and they will also advance to state this weekend.
Golf
The girls golf finished their regional tournament yesterday, and the boys  will begin competing today. Both teams will play at the Palm View golf course in McAllen Texas.