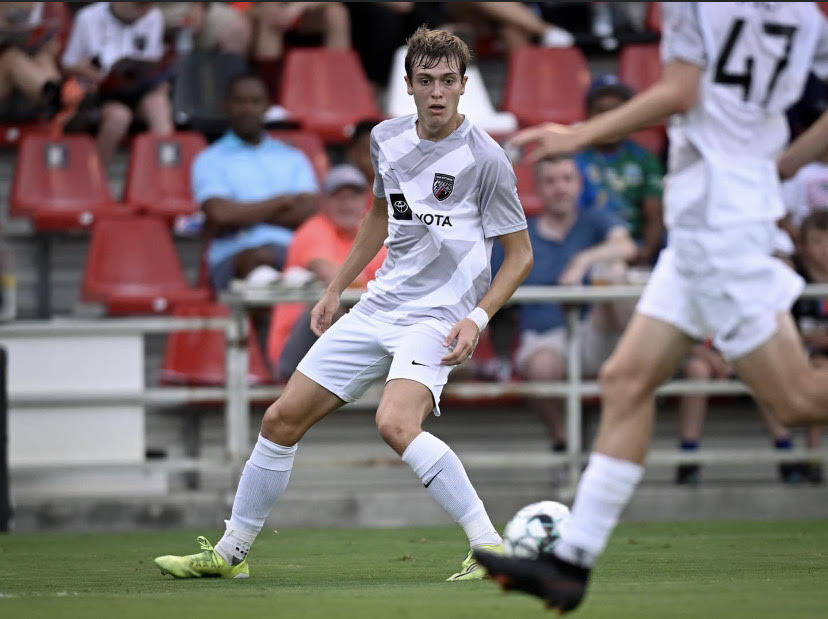 Dildy played on the SAFC professional team as part of the USL Academy Agreement.

The senior scored a school record of 43 goals in his first high school season this year after making his professional debut in the summer.

“A lot of the guys that I got to play with this year were guys that I’ve grown up with since fifth grade,” Dildy said. “Just being able to get one year with them, it was really special to me. I thought it was so much fun. I think the memories I made this year will last a lifetime.”

In January, Dildy was named as part of Legal Enforcer’s “Top 4 Boys Performers in Texas HS Soccer”. He was also named the Express-News “Player of the Week” after his first district game against Wagner.

Before playing for the Rangers, Dildy played for San Antonio FC at the academy level since he was twelve years old. SAFC is a professional soccer team that competes at the second-highest level of the U.S. soccer league system. and in the summer of 2021, Dildy began training with the pros and signed his contract to finish out the summer as a part of the professional roster.

“SAFC is really intense,” Dildy said. “You know, everybody wants to win, everybody’s giving their all.”

Dildy’s no stranger to that mindset. In his first season for the Rangers, the boys went on to attain an impressive record of 22-3-1 and made it to the regional quarterfinals–a feat that has not been accomplished since 2018– and fell to Reagan 3-1.

Dildy attributes much of his success to his father’s motivation.

“The sky is the limit for Brad,” Brad’s father Jason Dildy said. “Our proudest moment came when parents on the team told us that they have never seen a player bring a team more together than Brad. The way he treats others is far more important than accomplishments.”

Brad and his father have a close relationship, and Jason likes to “talk shop” with his son after games and practices.

“I like to have conversations with Brad and break things down,” Jason Dildy said. “We are over the top about all that Brad has accomplished. To see him reap the benefits of his hard work, is pure joy for us as parents.”

Nick Evans was Dildy’s first coach when he arrived at the SAFC academy at 12 years old. According to Dildy, Evans had a major influence on his soccer career.

“Brad is an exceptional young man,” Evans said. “He’s very committed to all the people around him. He’s a really good kid.”

“He’s someone who takes ownership over his own development,” Evans said. “He’s a kid who wants to strive to be better all the time and improve. He took great pride in everything that he did himself.”

In the fall, Dildy committed to further his academic and athletic career at the University of North Carolina at Charlotte, one of the first schools to express an interest in him.

“I just had such a good connection with the coaches, the school,” Dildy said. “They had really been wanting me to get some good minutes starting as a freshman, which is huge. The whole package was there.”

At UNC, Dildy will pursue a fire and engineering degree, and after college, Dildy hopes to jump from UNC to Charlotte FC, which is part of the MLS. Such high aspirations require motivation.

“It’s a mentality thing,” Dildy said. “I always want to strive to do more, I always want to be the best. I feel like whenever times get hard, you just have to find the strength inside of you to keep going and push over those hurdles.”