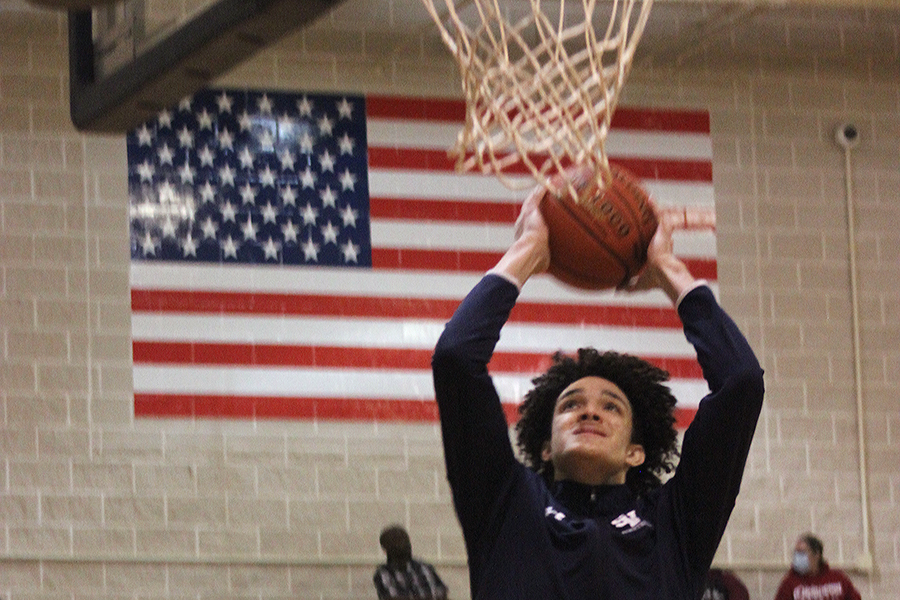 Zayden has been on varsity since freshman year and finished the 2021-22 season scoring 608 points for his team (21 per game) and more than 1,000 in his high school career.

Before the season started, he had the attention of recruiters at Southern Methodist University, Arkansas, Oral Roberts, Western Kentucky and Texas Rio Grande.

On Monday, The TB5 Reports published, “Zayden will/ should ENTER national rankings as a four star. He is a legitimate top 50 prospect in the country. Simply put, he can dribble, pass and shoot. Defensively, he can move his feet and guard ball screens….No question one of the top 5 prospects in the gym.”

Zayden finished second in scoring among all players at this weekend’s EYBL event, averaging 22 points per game. Following his strong performance, Stock Risers interviewed High about his options.

“My mom’s side of the family all went to Tech, so I’ve heard a bunch about them, whether it’s basketball, baseball, or even football,” Zayden told Stock Risers. “They’ve got a good atmosphere up there, for sure.”

The University of North Carolina has also expressed interest.

“(It’s) been a dream since I was a little kid to even have an interest from the same school Michael Jordan went to,” he said in the Stock Risers interview.

Not that he has made up his mind. He has more AAU basketball to play and more colleges to visit with his parents in tow.

“Both of them played,” he said. “My dad played in college, and my mom played in high school.”

He was his dad was his role model “just because he’s taught me everything I know.”

His son’s sentiment left Mike at a loss for words.

“I’ve tried to be the dad that I never had, so for him to say I’m his role model shows I wanted him to have something I didn’t,” Mike said. “it’s an honor because he has turned into a wonderful young man. As a family we would all get out there and work together, which made it easier him to buy in.”