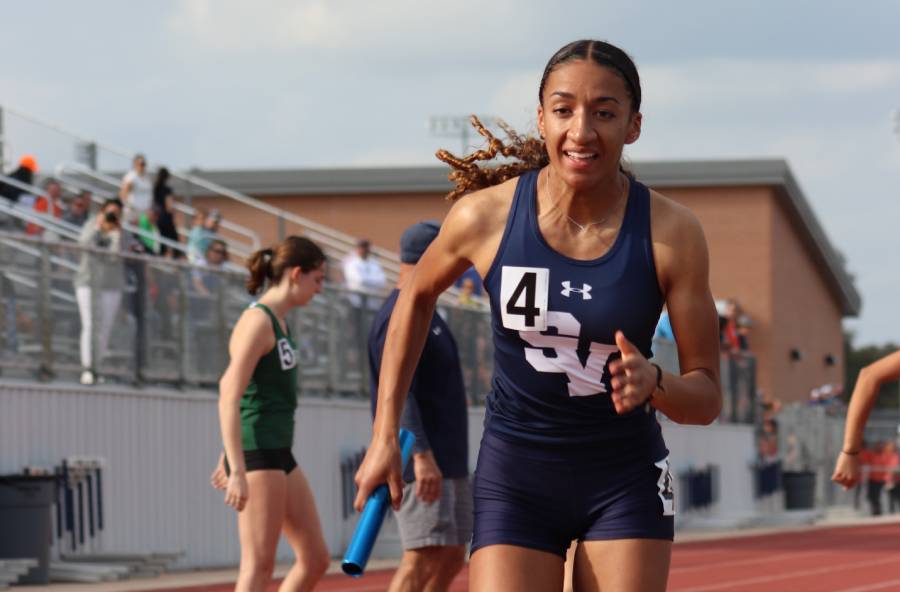 Jazmyn Singh competes in one of her district champion relay teams at the Ranger Relays.

Singh and Jones teamed with Annabelle Stringham and Jacquelyn Rolle for another second place in the 4 X 100 (ranked 14th in the state). That team broke the school record with a time of 46.96.

They are among 15 athletes headed to the region meet Friday and Saturday at Heroes Stadium.

Leading the charge for the men’s team were seniors Jonah Ulbricht, who claimed first in pole vault and second in 300 meter hurdles, and Tevijon Williams, first in the 100 meter dash and second in the 200 meter.

Ulbricht cleared the 300 meter hurdles in 39.86 and vaulted to first place at 15 feet 9 inches. Haven Johansen placed seventh in the hurdles with 42.46.