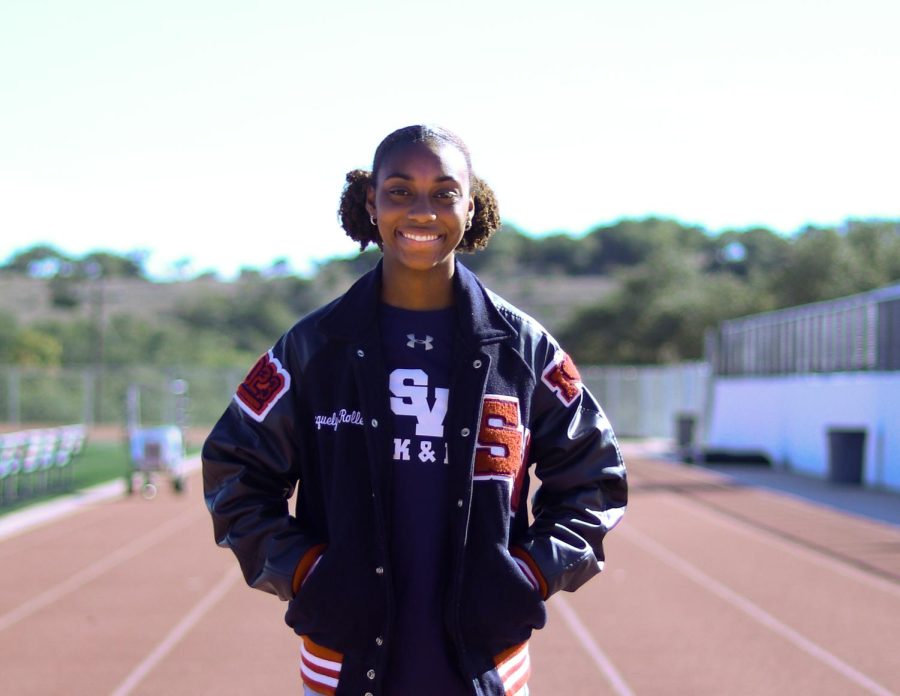 Senior Jacquelyn Rolle will commit to the University of Delaware for track Nov. 9.

Senior record-holder Jacquelyn Rolle commits to the University of Delaware

Jacquelyn Rolle knows that one day off could change everything.

Even while suffering a hamstring injury the summer before her junior year, she worried about the consequence of taking a break. Her own worst critic, she believed breaking school records and holding national titles was just not enough.

Rolle will sign to run Division I track at the University of Delaware Nov. 9.

“I love the team and the community they have,” Rolle said. “I know that they have a good business program, so I knew that this was definitely the school for me.”

At the Nike Outdoor Nationals in Oregon in June, Rolle placed 22nd in the 100m dash with a time of 11.99. She also ran in the 4×100 relay championship, which placed fifth, and the 1600 sprint medley relay, which placed third.

“I think she likes to prove to people that underestimate her that she is someone to watch out for,” said Marvin Rolle, Jacquelyn’s father. “My wife and I have always told her she is better than she thinks.  Also, her talent will make room for her.”

Despite holding the school’s 100 meter dash record, Jacquelyn’s favorite race is the 200. She also plans on adding the 400 meter dash to her lineup this year.

“Jacquelyn is the kind of teammate that makes everyone laugh right before a race when everyone feels down and scared, she tries to lighten up the mood,” teammate Favour Uduji said. “She is the one who brings everyone together.”

To Jacquelyn’s teammates, Rolle is a dedicated teammate and person.

“I always know I can count on her to get where we need to be with our relay,” said Jazmyn Singh, Rolle’s sprint medley teammate. “She has a great sense of humor and always lights up the room.”

For Jacquelyn, the meets make all of the gruesome workouts worth it.

“Practice is really difficult,” Rolle said, “but it’s all worth it when you get to compete and see how all of your hard work comes out.”